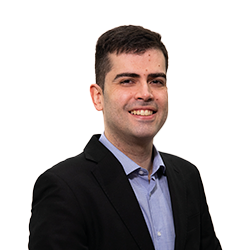 More than a million reasons to continue making an effort

“We have reached a new record high that places us above a total of one million tonnes since we began work in 2005 and which highlights the solvency and efficiency of a leading model at a Spanish and European level.”

The results achieved in 2021 in terms of waste from electric and electronic equipment (WEEE) management exceeded the objectives that we had set for the year, and consolidate our position as one of the leading systems in the field of electronic recycling both in Spain and internationally.

At the end of the year, we recorded a total of 122,842 tonnes financed and managed through our Producer Responsibility Organisation (PRO), which represents an increase of 7% compared to the figure for 2020. This new record means that we have managed an overall total of 1.069.500 tonnes of WEEE at Ecotic since we started our work in 2005.

Maintaining this upward trend would be impossible without the trust placed in us by more than 850 members, a figure that gives us a market share of 35.3%, as well as distributors, installers and managers, who are all committed to managing their waste in compliance with the applicable regulations and environmental safeguards.

The entire Ecotic team is very grateful and proud at being able to work together to promote a new circular economy model. In addition to
significant volumes for the recovery and valorisation of materials, proper waste management has enabled us to reach nearly 9 million tonnes of CO2 in greenhouse gas emissions avoided since we began in 2005, which is undoubtedly a significant contribution to the protection and sustainability of the environment.

Household waste increased by 6% to reach 110,314 tonnes of WEEE, which means it exceeded the symbolic figure of 100,000 tonnes for
the third consecutive year. This growth is the largest percentage increase in waste collection compared to the previous year that we have recorded since 2018.

Distribution remained the main means of channelling waste, accounting for 56% of the total volume of WEEE collected, followed by recycling points and other similar municipal facilities, which accounted for 27%. The remaining 17% was collected from other sources including installers, technical services, companies and waste facilities.

We allocated a total of 1,735 tonnes of WEEE from the total waste collected to preparation processes for reuse, making more than 6,700 tonnes allocated to this purpose over the last three years. This is one of the major priorities in the waste hierarchy, and a key factor in the development of the circular economy model.

In fraction 6, which covers small computer and telecommunications devices, the percentage allocated to reuse amounted to 7.1% of the waste, significantly higher than the 4% target stipulated in Royal Decree 110/2015.

The figure allocated for reuse from waste from large electrical appliances included in fraction 4 was slightly below the target of 3%. However, although no targets had been set for heat exchangers in fraction 1, we made major efforts to increase the quantities allocated to reuse, and recorded a significant level of 2.1%.

Professional waste maintained the trend of growth seen in recent years. In specific terms, we managed a total of 12,527 tonnes, an increase of 16.3% compared to the figures for 2020.

The level of fulfilment of objectives by category in household waste exceeded the figures for the 2020 financial year, and reached 75%. We registered a slight decline in professional waste, reaching a 51%.

The greatest obstacle to achieving the objectives for both household and professional waste is the management of waste from air
conditioning equipment, which has historically been at very different levels from the other WEEE categories.

Ecotic’s high market share for this category, which stands at around 82.1%, together with the low return as waste and its economic value, which means that it is managed outside our channels, is a significant barrier to achieving our objectives.

If the air conditioning subcategory is not taken into account, the fulfilment for household waste would rise to 90%, while for professional
waste it would rise to 70%, figures that are significantly above the Spanish average.

Fulfilment for each household fraction

Fulfilment for each professional fraction

* Figure calculated based on the kilograms of WEEE managed by Ecotic and the total corresponding number of inhabitants of Spain according to the market share of the various years.