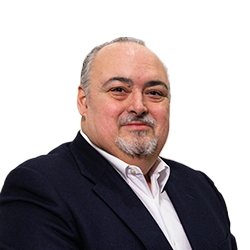 “The new milestones that we reached in 2021 consolidate our position as a leading company at a Spanish and European level, and inspire us to continue growing, providing added value and increasing our efforts towards the development of the circular economy and environmental sustainability.”

I am pleased to be writing to all of you yet again this year to share various reasons for celebration. The first of these, and undoubtedly the most important, is the gradual return to normal social and business activities after the uncertainty and upheavals that we have had to live through as a result of the long Covid-19 pandemic. This extraordinary situation demanded an enormous collective resilience from us, and called on us to be able to give the best of ourselves in order to continue moving forwards towards a common goal: the promotion of the circular economy and with it, environmental sustainability and the fight against climate change.

The second reason for celebration is the fact that during the 2021 financial year, and as we announced in the previous edition of this Report, Fundación Ecotic exceeded the threshold of one million tonnes of waste from electric and electronic equipment (WEEE), financed and managed through our Producer Responsibility Organization (PRO) since we began our work in 2005.

The figure of almost 123,000 tonnes that we achieved in 2021 means that we exceeded the symbolic figure of 100,000 tonnes for the third consecutive year, and makes an overall total of 1,062,183 tonnes. This new milestone consolidates our position as one of the leading WEEE management systems, both in Spain and in Europe. This has only been possible thanks to the trust placed in us by our 867 affiliated producers, in addition to distributors, installers and waste managers, and the fact that like us, you are firmly committed to defending the environment and sustainable development.

I would also like to mention the fact that our waste management that we have performed throughout our history has led to almost 9 million equivalent tonnes of CO2 of greenhouse gas emissions being prevented. This is a major environmental benefit, and one of which the entire Fundación Ecotic team feels particularly proud at a critical point in the fight against climate change, which has consequences which are increasingly apparent.

The recent entry into force in Spain of the Law on Waste and Contaminated Soil for a Circular Economy undoubtedly marks a turning point in Spain’s commitment to promoting a circular production model and decarbonisation of the economy. This ambitious piece of legislation falls within the Spanish Circular Economy Strategy 2030, and is aligned with the proposals of the Spanish National Integrated Energy and Climate Plan (PNIEC) for 2021-2030. It is one of the structural reforms for the approval by the European Commission of the Recovery, Transformation and Resilience Plan, which will channel the aid provided for in the European Recovery Instrument Next Generation EU.

I would like to take this opportunity to thank the Spanish Ministry for the Ecological Transition and the Demographic Challenge (MITERD) for its enormous efforts and willingness to take into account the many arguments and amendments that all the parties involved have presented, and in particular the PRO for WEEE that we have integrated into the OfiRaee Coordination Office, and which have undoubtedly addressed some concerns in the sector, albeit partially. These include measures to prevent the fraudulent use of the Individual Producer Responsibility Organisations (IPROs) and the fight against free riders by considering marketplaces as subsidiary producers. Nevertheless, there is still a great deal of work to be done, and we trust that the MITERD will also be receptive to our proposals in the necessary regulatory implementation of the new law.

We would like to take this opportunity to express our gratitude to all of you, and to invite you to continue to accompany us and participate in this exciting story. It is the story of a journey towards a circular economy model that allows us to build the most sustainable, fair and inclusive future together. It is a story in which we believe and in which we are convinced that we still have
many chapters left to write.

“In line with these approaches and with the provisions contained in the Law, we began to do business as ECOTIC Entidad Administradora S.L. on 1 January 2022. As discussed in greater detail in the “Future” section of this 2021 Report, this new legal framework is a significant step forward in creating operational synergies, and thereby continuing to provide added value for our members and partners.”